Living the real life under lock and key

Hi, im a 24 virgin guy. I'd love the idea of being permanent locked in chastity. This is a story i wanna tell you:
Luke was virgin boy. It was his first college year. He was the tipical good boy. Even if he was very shy, he knew some new friens there. One of them was a girl. She was cute. She was a slim and small girl. Most importantly she had a very powerfull character. Her name was mary.They became more and more friends and that thing evolves like the classic friendzone. But after some weeks she decide to give him a chance. He bacame his boyfriend. After some time he understand that he feel overawe of her. He would feel her toungue and have sex with her, but every time they were togheter they talk like best friends. After a few time he stop to try. Their lovestory was ending implicitly. But one day she asked him if he wanna try chastity. They begin slow, with honor system and with some plastic cages(only to understand how it feel to have that thing around his penis). After 2 years they decided to use a piercing with a metal device. For Luke it was like paradise. The idea of total loss of control made him crazy. Her girlfriend behave like a good girl and wasnt so strict at the beginning. Then he learn to use the cage 24/24. After they leave college she make him a proposal. They could have married and he would have been permanently loocked. She would have cuckold him(like she do until that time). He couldnt come back after that and she would have blackmail him. She give him one year to think about that. Spending time with her he became more and more addicted on her. When the moment arrives he accepted. She said:"you can change idea until youll be officially my husband, after that theres no escape". He was so excited. He wont never feel pussy in his life.
The day they married arrived. He said "yes" and after that he could not do anything. She kissed him and wispered:"click" and smiled. The rules were clear. One ruined per month and one orgasm per year. Their first night he cried for despair and for happines. She said that he would have his first orgasm that night. She use a vibrator and after few second a lot of cum flow. It was the first after 7 months. She said that it was her present and that he would have received his next orgasm in 5 month anyhow. His balls was so swollen but he was used to wear the device and his cock doesnt became hard inside it anymore. He thought about what was giving up. He would have never feel pussy anymore, not with his cock, not with his finger. He could kiss her wife only in her check. He would have never feel her tongue. Some days when he was depressed about that they watch some porn to make him feel better. She didnt like to humiliate him and she do what she do to make him happy. Also if he could feel repented, she know what he truly wanted. She had so much photos and videos to show to all the people he know to blackmail him. He would have been her for ever. One day, when they watch porn she hug him, with her hot smell and hot pajamas and wispered him: "youre so nice, if you werent my hubby i could make you feel my pussy".
1 x
Top

Sorry i couldn’t read it right through. Please please use a spell checker and preferably a sentence checker and put some paragraphs in. It’s just too hard to read as this block of inaccurate text. 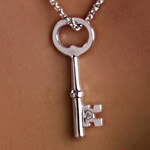 Same here. I usually pass on something that long without a break in sight. I tried but gave up about 1/2 way through.
0 x
Happily secured since 4/2010

I'm sort of thinking that English may not be his primary language. I can't imagine that a native English speaker old enough to be on this site could get the verb tenses, pronouns and spelling so far wrong.
0 x
04/07/19 "And then I 'punished' you by making you lick my pussy after I let my other 'boy' fuck me." --Mrs. Twisted
Top

i suspect you’re right, unfortunately that does make it any more readable. i’m sure a decent spell and sentence checker would make it a lot better.

Good fantasy, I also dream about permanent chastity sometimes, but it may be impossible for me especially when I get released, the reason comes back and start thinking about the points and disadvantages for all these things
BTW, I personly recommend you use 'Grammarly', this app will help you solve most English grammar and spell problems automatically, the basic version is free and adequate for daily uses
0 x
Top
Post Reply
6 posts • Page 1 of 1